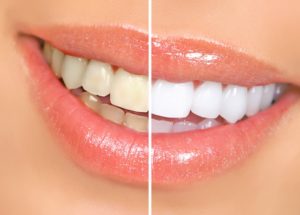 A recent court case has raised the question about the type of establishment that can offer teeth whitening services. This North Carolina court case is being considered by the high court, and it is looking at the argument from the dental regulatory board which claims that the only professionals allowed to whiten teeth should be dentists.

The main catalyst for the court proceedings was because of a lower court ruling that was made by the Federal Trade Commission. In the ruling, the FTC decided that the Board of Dental Examiners was engaging in unfair competition, because they were closing down non-dental businesses that were offering services to whiten teeth. Some of these businesses included places such as tanning booths and day spas.

The board filed a lawsuit because they said that the FTC was overstepping their authority. The results of the case favored with the FTC during the appeal, which was handled in Richmond, VA. Now, the case is being taken to a higher court, and it will be argued in the fall.

Teeth Whitening Services from a Dentist

Even if there are other companies in your area that offer teeth whitening services, you should consider visiting a dentist to have this treatment completed. Keep in mind that the employees at tanning booths and day spas haven’t received the specialized training that a dentist has received, which means that they don’t have the knowledge and experience to understand the complex aspects of dental care. In some cases, tooth whitening could potentially damage a person’s enamel and harm the tooth, which could cause long-term dental problems for that person.

It is always better to visit with a professional who has been specifically trained on all aspects of dental care. One reason that people might be drawn to a spa or a tanning booth is the fact that the teeth whitening services might be a little cheaper than those of a dentist, and the person is probably looking for a way to save money. But, the tooth whitening services are inferior and not as effective, which means that you will need to spend additional money in the future to have the whitening service again. It is better to do it right the first time, so you should schedule your appointment with a cosmetic dentist who offers a variety of tooth whitening options.